﻿ Nintendo64EVER - The Nintendo 64 history : regression
Not yet a member? Please come register yourself on our new board

During the course of 1999, three main critics were usually made to the Nintendo 64: the lack of RPG's, the high game price and lack of "pseudo-mature" games, Sony's marketing campaigns praising their few "adult" and "cool" games, while mocking the Nintendo 64 as a kid's system. Nintendo decide to take the bull by the horns and solve these problems (except cartridge prices, which remains their main money maker, but can we blame a company to earn money?).

For the RPG's, Nintendo announces the development of Super Mario RPG 2 (which whill become Paper Mario), Ogre Battle 64, Fire Emblem 64 and Mother/Earthbound 3. The lat two will eventually be canceled, to the despair of their many fans. Nintendo also announces the best selling games will be rereleased as Players' Choice at a lower price (270FF/1500FB/38€), as they did on the Super Nintendo.

During E3 1999, Nintendo announces a partnership with Silicon Knights for more "mature" games (LordSuprachris's remark: I really hate this expression I consider overhyped and totally marketing-oriented). Two games are shown at this occasion: Eternal Darkness and Too Human. None of them willl eventually be released on the Nintendo 64, the first one being released on the GameCube and the second one, at first planned for the GameCube, than the Xbox, will be released on Xbox 360 in 2008. Beside that, conversions of popular titles such as Command & Conquer, Quake II, Shadowman or Resident Evil 2 are announced. Capcom jumps on the occasion to display a new episode of their famous franchise, exclusive to the Nintendo 64, Resident Evil Zero, supposed to tell the origins of the story, a game that will eventually also be released on the GameCube. It's worth to mention that during this show, Nintendo evokes Nintendo 64's successor, the Dolphin (which will become the GameCube). 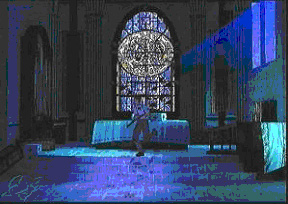 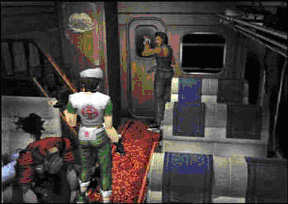 Eternal Darkness (left) et Resident Evil Zero (right) as they were planned on the Nintendo 64.

In September 1999, Nintendo organizes their Space World convention, cancelled the year before, and unveils a brand new episode in the Zelda series, Majora's Mask, as well as the 64DD. This last one being scheduled for release in December in Japan and will include a modem, allowing to surf on the Internet and play online. Nonetheless, the countless delays of the extension made him very unpopular among third party developers and only Nintendo announces games on it.

The 11th December 1999, the 64DD is finally released in Japan with only two games. The online service is handled by Randnet and allows, for an yearly fee, to surf on the web, check your emails and play online, even if only one game will use this feature. 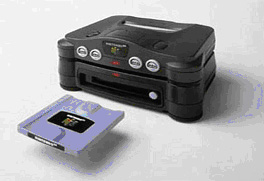 At the same time, the long awaited Donkey Kong 64 is released worldwide. This game is the first to require the Expansion Pak, an accessory doubling the console video memory. Thanks to this, the Nintendo 64 compatible games can offer stunning graphics for the era.